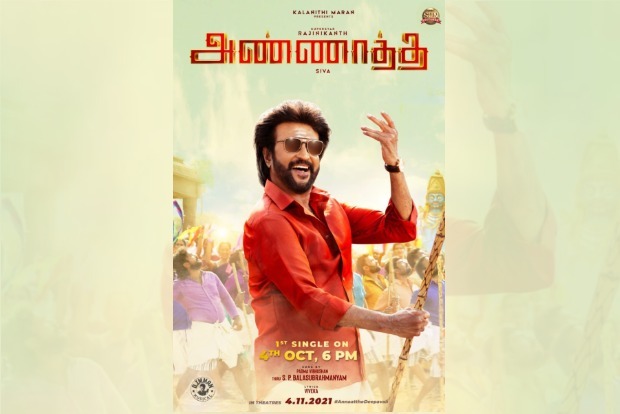 Rajinikanth’s upcoming film Annatthee on social media announced a significant update that left the fans with excitement. The team will have its first movie song released on October 4; it turns extraordinary as late Padma Vibhushan SP Balasubrahmanyam sings it.

The team also shared super star’s new look poster. Thalavivar was seen on the poster with his usual aura of gracefulness and mundu.

The move is set to release during Pongal. Initially, it was planned to release in theatres during Diwali.