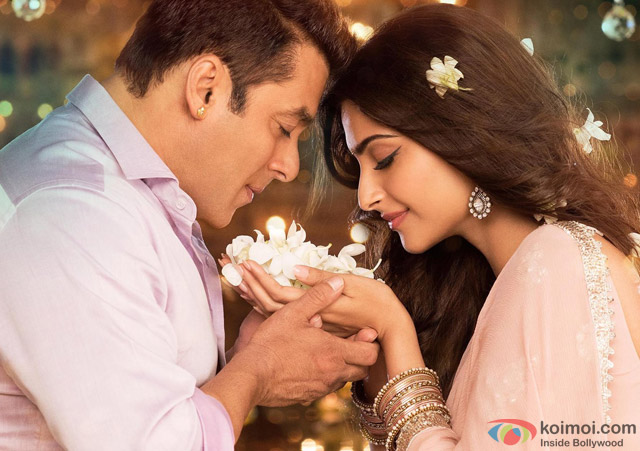 Prem Ratan Dhan Payo, which released a day after Diwali on November 12.  It has surpassed the Rs.300 crore  mark in just few days of its release.Super star Salman Khan and director Sooraj Barjatya work together after 16 years.

The plot of the story is a royal family, and an outsider tries to blend the broken hearts of the family. This is the fourth collaboration between Sooraj and khan after their previous films Maine Pyar Kiya, Hum Aapke Hain Koun..! and Hum Saath Saath Hain. Sonam Kapoor was leads with Salman

The film  was also released in Telugu and Tamil versions as Prema Leela and Maranthayo Anbe. Prem Rattan Dhan Payo box office collection becomes highest opener of the year and it breaks the record of Bajrangi Bhaijan.

Photo Courtesy:Google/images may be subjected to copyright