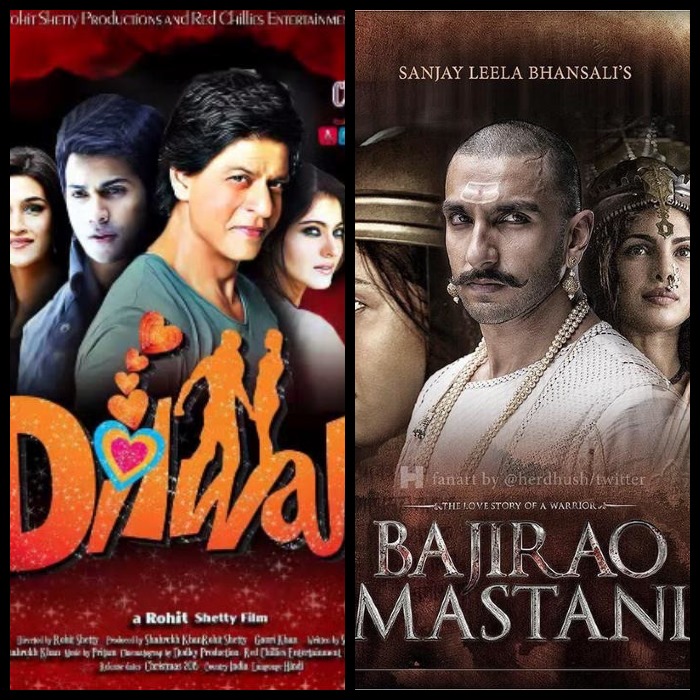 Dilwale Vs Bajirao Mastani .., Which film tops the chart..?

December 18”, The whole Bollywood stage is set for the biggest box office clash…What is that ?? Are you confused??    The two biggest movies Dilwale and Bajirao Mastani scheduled to be released on the same day.

Shah Rukh Khan fans anxiously waiting for his next movie Dilwale, it’s a romantic action comedy film directed by Rohit Shetty and produced by Gauri Khan and Shetty under the banner of Red Chillies Entertainment and Rohit Shetty Productions respectively.

On the other side, Sanjay Leela Bhansali’s Bajirao Mastani stars Ranveer Singh, Deepika Padukone and Priyanka Chopra.  The film narrates the story of the Maratha warrior – Peshwa, Baji Rao I of the Maratha Empire and his second  wife Mastani.

Photo Courtesy : Google/images may be subjected to copyright