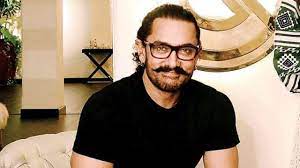 Aamir Khan says he plans to quite a film industry, children, and Kiran Rao asks him to rethink

Actor Aamir Khan at the ABP ideas of India event on Saturday spoke about the reflective mood that he has been feeling for over a couple of years. The actor last year after announcing his separation from his wife, Kiran Rao. Like most, he has also lost a lot gained during the pandemic.

He acknowledged that he felt terrible for not being available for his children and family for many years and decided to quit the film industry to make over the lost time.

He stated that he spent many years chasing his dreams and accomplishing them during the event. Still, he could not pay attention to his loved ones, including his parents, siblings, children, his first wife Reena and second wife Kiran and their parents.

Aamir stated he realised that time is the most valuable resource a human being holds. “My daughter is 23 now, and she must have missed my presence on his journey while she was young. She might have her fears, dreams, anxieties and hopes that I wasn’t there for her. I failed to know her dreams, fears and hope, but I knew the dreams, hopes and fear of m directors.

The most significant contribution to their children is bringing them the correct value. At some point, we might run out of time, but we don’t know when. I realised that I had lived my life in some trance and had lost a lot. It went upside down because of anger, and my children conveyed to strike a balance in my journey instead of making extreme decisions.”