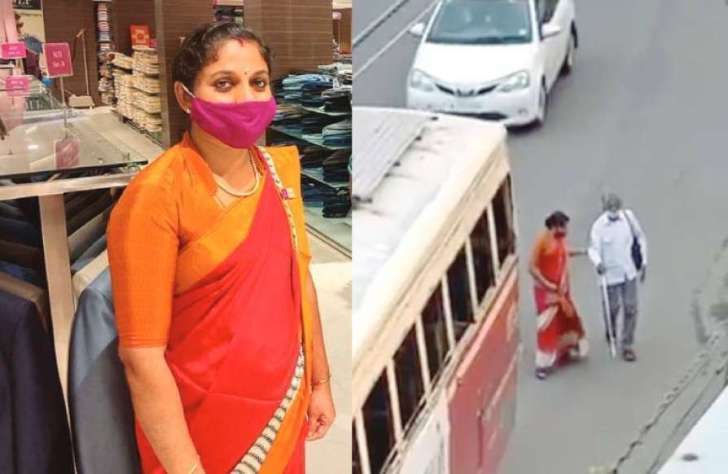 A woman wins heart of many because of her kindness, video goes viral

A woman in Kerala was captured running behind a bus to support an elderly visually impaired man board it in a video. The video is winning hearts on social media.

The video was first shared on Mathrubhumi News.

Supriya’s kind gesture was captured chasing the public bus to stop and saves the elderly man who was seen walking with a cane stick.

Supriya was aware of the video been recorded of her good deed after Joshua an onlooker shared on social media. The video gained more attention after an IPS officer Vijayakumar shared on his Twitter account.

she made this world a better place to live.kindness is beautiful!